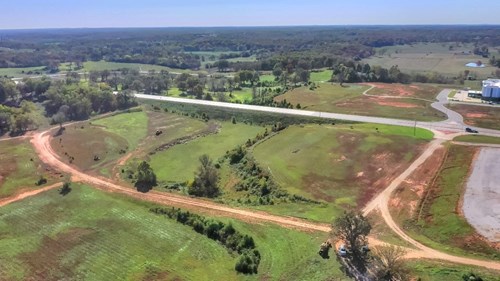 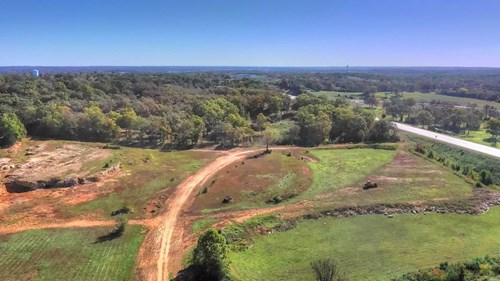 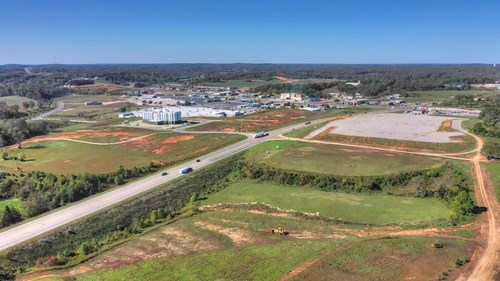 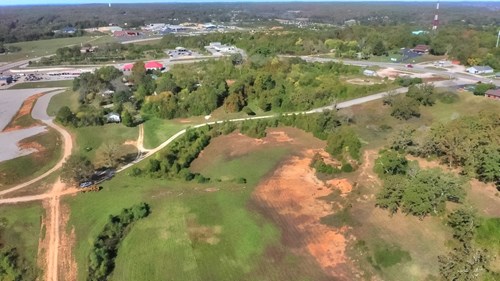 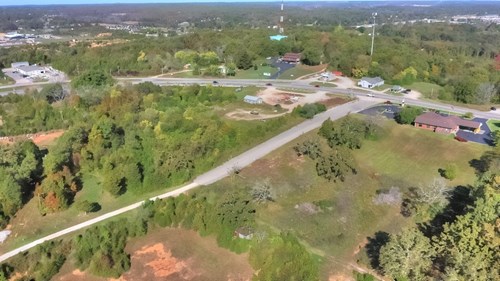 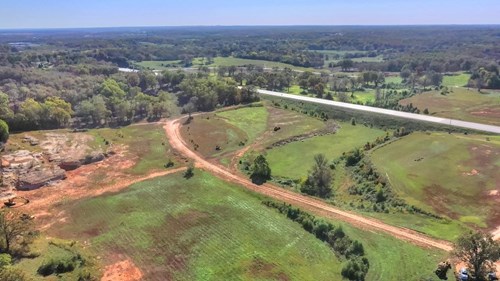 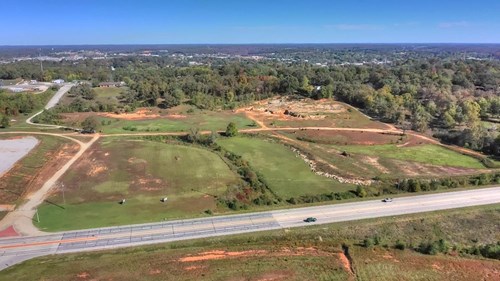 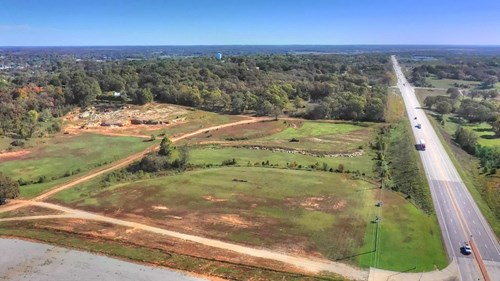 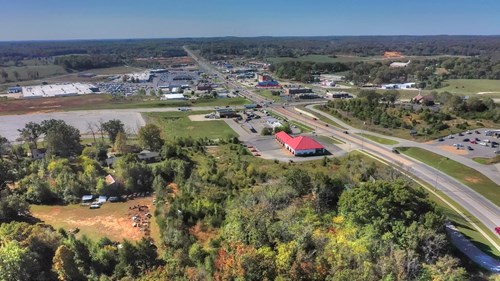 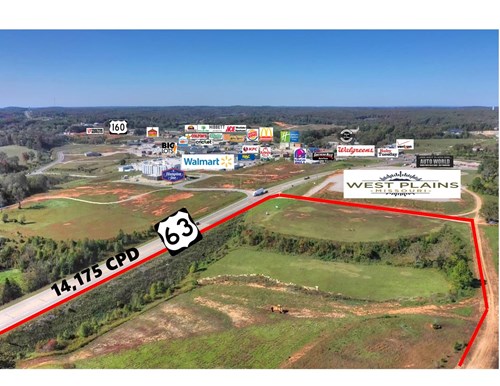 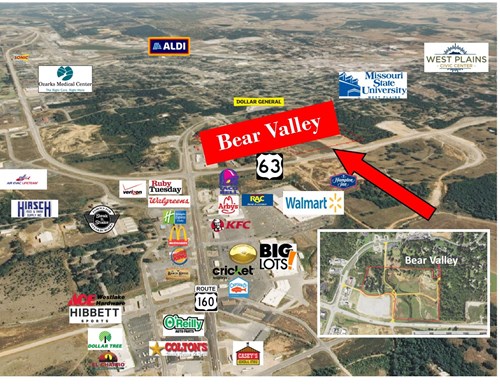 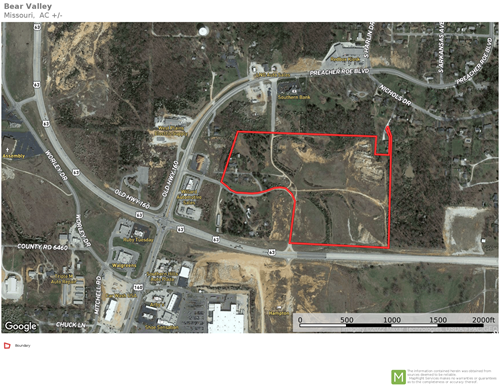 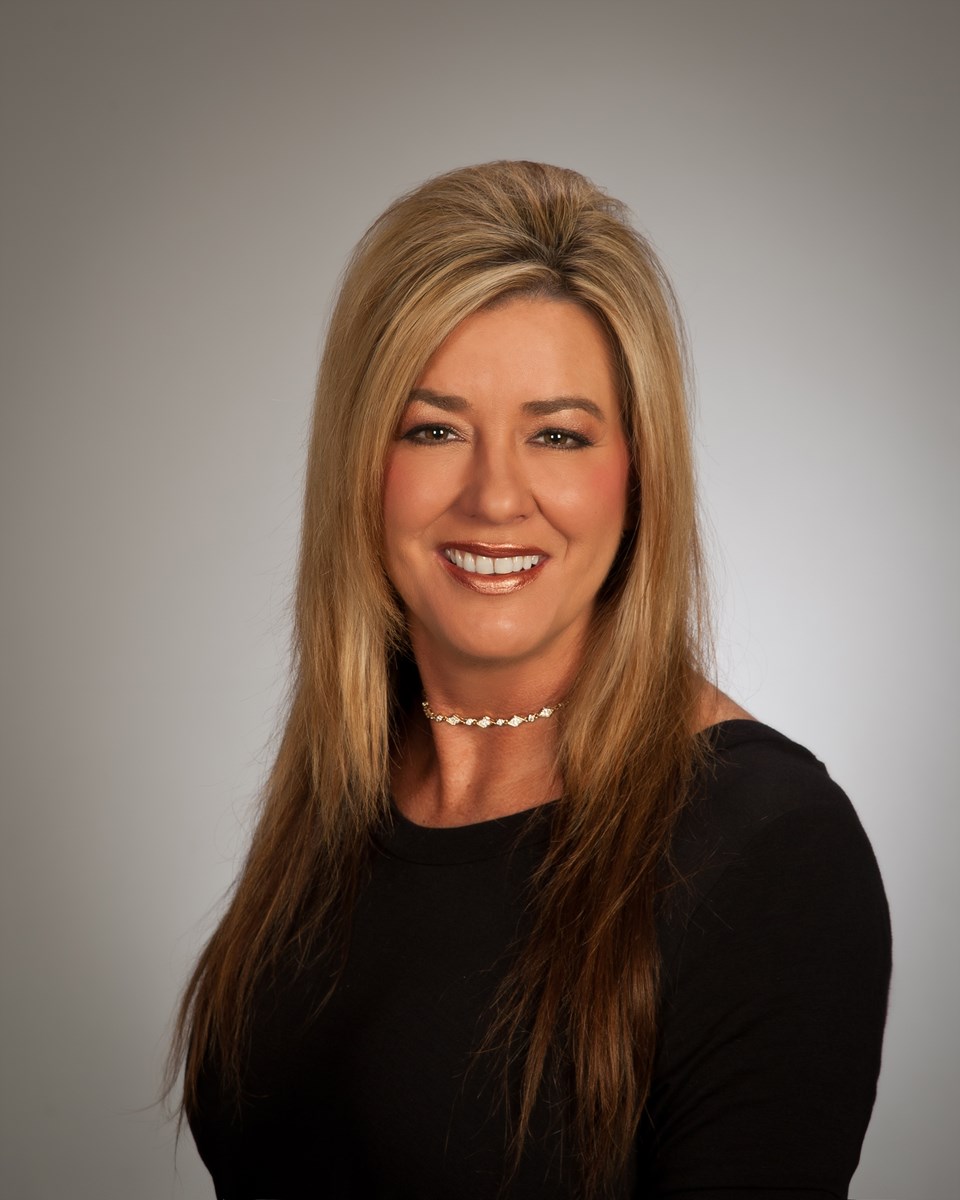 Commercial property for sale in the Missouri Ozarks located on Hwy 63 -  5Acre Lots of Prime Commercial Land along the Front Side of Bear Valley - Close to Two Major U.S. Highways allowing for easy connection between the City of West Plains and the region's markets – Priced at $1,375,000 - Curb cuts and access already in - West Plains is the  largest community within 100 Miles - The property is located close to several retail giants including Wal-Mart, Big Lots, Ruby Tuesdays and McDonald's - Come Join The Growth of South Central Missouri!

Ozarks Medical Center is a top rated hospital that recently completed a $70 million expansion and offers General and Specialized medicine. Missouri State University of West Plains has a campus of approximately 2000 and has their own Women’s Volleyball and Men’s Basketball teams. West Plains is the shopping and entertainment hub of Howell County (with a population of 40,000+) and several surrounding counties! We offer a large Farmer’s Market every Wednesday and Saturday morning and there are many specialized and boutique stores that offer anything from fresh meat to old-fashioned candy. There are plenty of restaurants to enjoy a relaxing meal, such as Colton’s Steakhouse or Kiko’s Hibachi and Sushi.  Alternatively, if entertainment is what you are after, the West Plains Civic Center plays host to concerts and activities along with local Small Stage Theatres that hosts multiple plays and musicals each year.