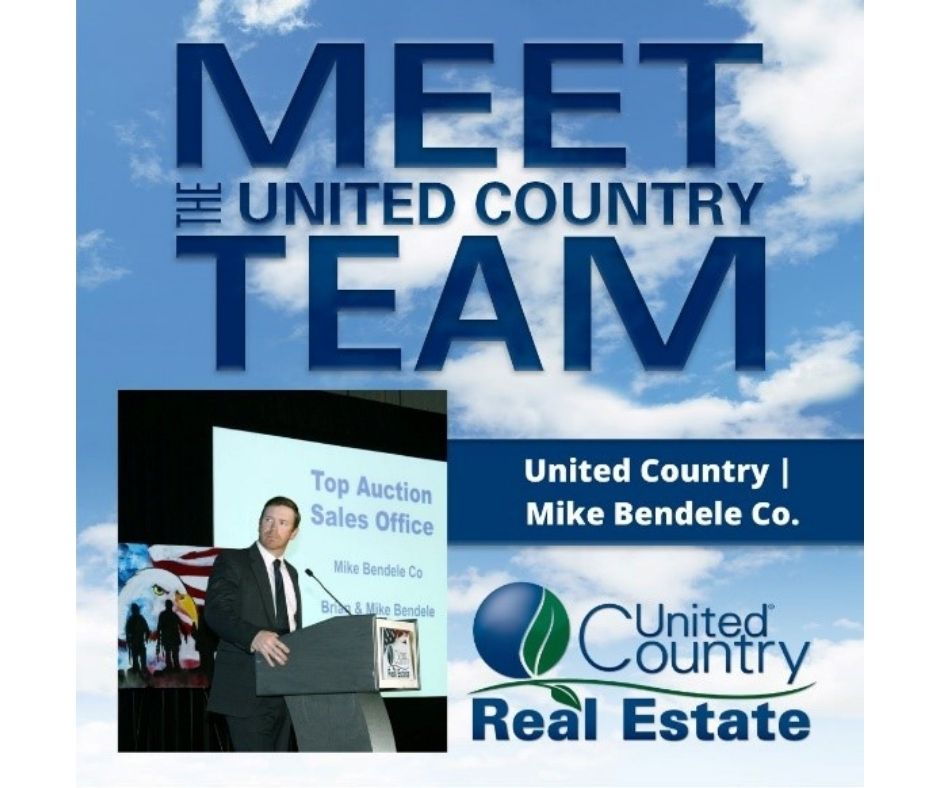 “The Bendele family has been a leader with auction sales in their area for many years.  The recent award presented to them as the Top Auction Sales Office is an example of their hard work.” said Shawn Terrel, president of United Country Auction Services. “United Country Auction Services is honored to work with and provide auction solutions for nationally recognized auctioneers such as Mike Bendele and his team.”

Owner/brokers Mike Bendele and Brian Bendele and their team were honored during the 2020 National Training and Awards Convention held in Arlington, Texas, on March 13. Their experience and knowledge in real estate and personal property auctions, along with traditional real estate sales, have consistently ranked them among the top producers in the United Country network.

The United Country Real Estate | Mike Bendele Co. team can be reached by phone at 405-258-0408 and you can view all of their available properties for sale and upcoming auctions at www.chandler-ok-realestate.com.