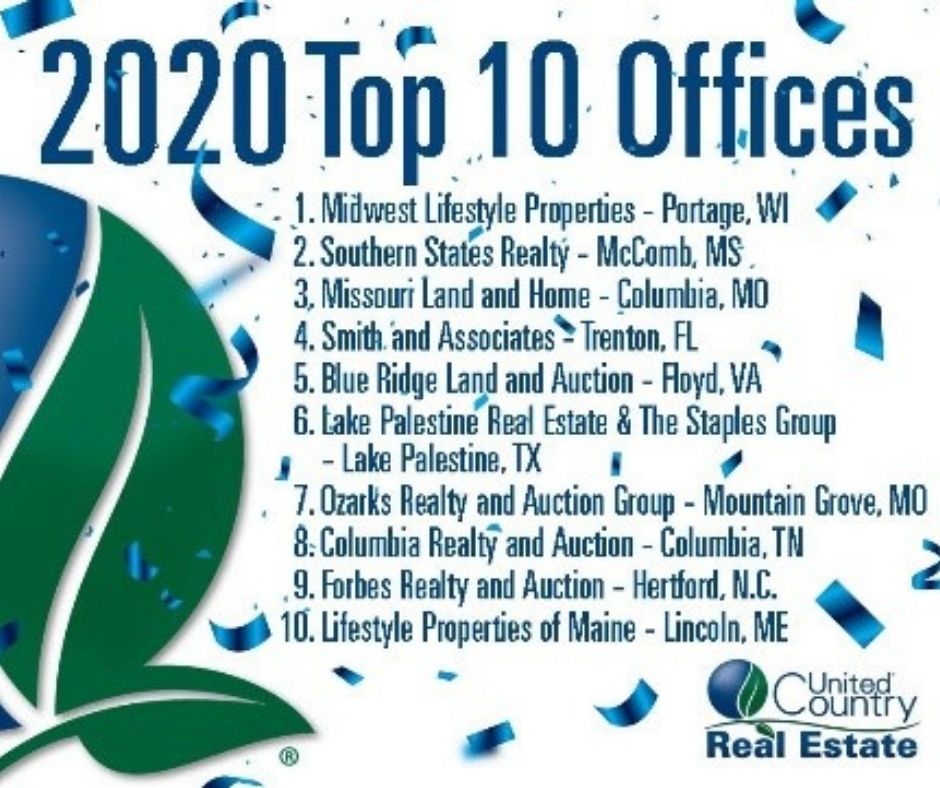 What an unbelievable year. Two top teams hit a record GCI of $4 million for the first time in United Country history! Number three and four earned $3 million and every office in the prestigious United Country Top 10 made a mind-blowing $2 million or more!

2.     UCRE | Southern States Realty- Scott Lindsey, Patrick Gibson and team achieved second place as they too took a huge year in 2019, were neck and neck for #1 down to the last few days and grew another 43 percent in 2020.

9.     UCRE | Forbes Realty and Auctions - Jake Forbes and team exploded into the Top 10, reaching number 9 and nearly doubled their business, up 86 percent.

10.  UCRE | Lifestyle Properties of Maine - Peter McPhail, Phil McPhail and team grew their business over 50 percent to claim the 10th spot in the company.

Congratulations to the 2020 United Country Real Estate Top 10 Offices!  This group represents the top two percent in performance in our system and are amazing team players. Each execute smart business plans and strategies and have teams that support each other to reach higher goals and provide the best services to their clients. They help countless other agents and brokers in the nation and push all of us to higher levels constantly. On behalf of everyone in the United Country family, we congratulate them on their superior results and amazing achievements!